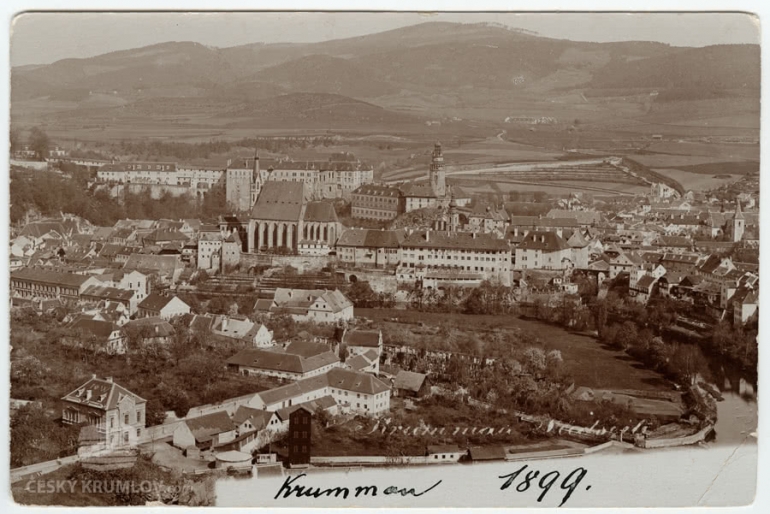 In historical sources the castle of Krumlov is first mentioned in 1253 as the seat of the magnate Vítek of the House of Vítek. After Vítek’s childless sons died the castle passed on to their relatives, the lords of Rožmberk (Rosenberg), whose coat-of-arms was a red rose in a silver field. Under their rule the castle underwent a number of adaptations which found their summit in the second half of the 16th century in an extensive Renaissance reconstruction carried out by Wilhelm of Rosenberg. In 1602 Peter Vok, the last ruler of the Rosenberg family, sold the domain of Český Krumlov including the castle to the Emperor and Bohemian King Rudolf II, whose successor sold the property of Krumlov to Johann Ulrich von Eggenberg. The first two generations of the Eggenbergs of Krumlov left no important traces in the history of the castle. It was not until the rule of Johann Christian von Eggenberg (1641 - 1710) and his cultivated wife Maria Ernestine née von Schwarzenberg, whose profound building and artistic activities brought about the basis of the Baroque change of the castle complex. After Johann Christian and Maria Ernestine died the Krumlov domain was inherited by their nephew Adam Franz von Schwarzenberg. His son Joseph Adam (1722 - 1782) continued in the building and artistic activities of the Eggenbergs. It was under his rule that the Krumlov residence went through its last expansion in its history appearing in the form of the Rococo style. 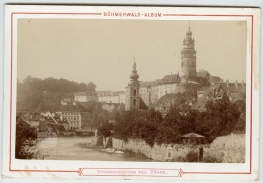 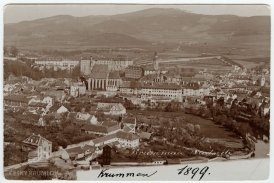 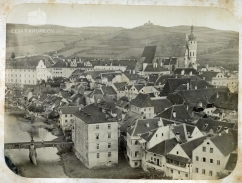 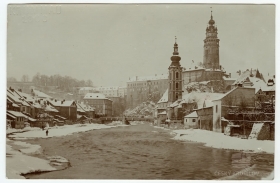 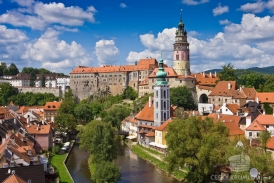 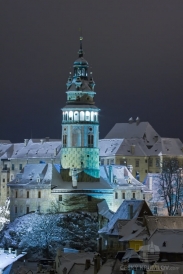 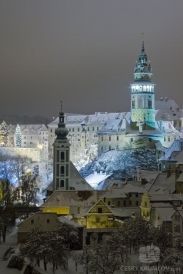 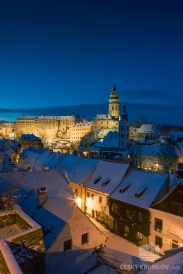 The activities of Joseph Adam in fact closed up the artistic development of the castle. In the second half of the 19th century the castle lost its function as the main residence of the family, and was not even regularly lived in. Some parts of the castle were made accessible to the public, and in 1947 the castle was, alongside other Schwarzenberg properties, transferred into the ownership of the state.