Leaving the 5th courtyard you will come to the castle garden along a rising road. The area outside it was originally used for summer training of horses, and in its vicinity the winter riding hall built by Andrea Altomonte in 1745 is found. Its rich stucco decoration is the work of A. Zinner, M. André and J. Dietrich. The actual castle garden takes up an area of about 11 hectares. It was established in the 17th century as a result of an early Baroque composition scheme, and later underwent Rococo and Classicist adaptations. In the 19th century the appearance of the garden was changed radically in the style of an English park. A gradual restoration of the Rococo appearance of the second half of the 18th century has been taking place for the past few decades. 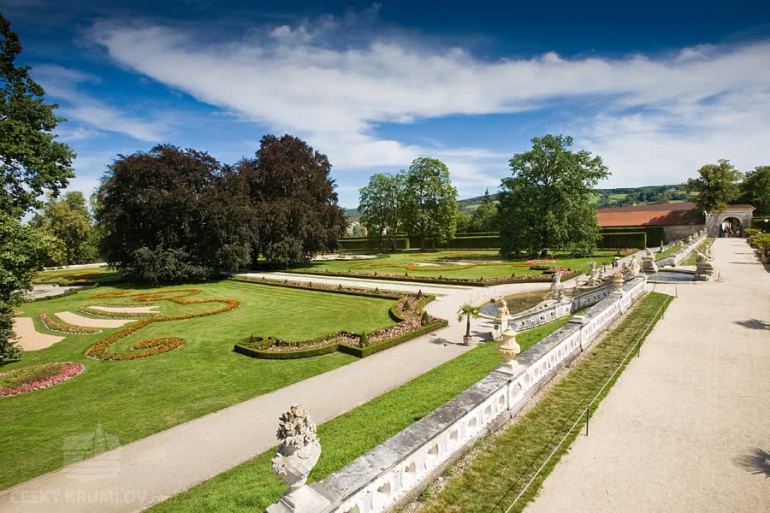 The main artistic landmark of the garden is the cascade fountain built in the years 1750 - 65 based on the design by Andrea Altomonte. The sculpture decoration is the work of Matyáš Griessler and Jan Antonín Zinner. The originals of the statues are kept in the castle Lapidary while copies can be seen in their original place. There is a sculpture of the goddess Amphitrite with a dolphin and Tritons on the highest level of the fountain. Neptune, the god of the Sea and a Nymph with a Faun opposite him, are resting on the lower level. The cascade fountain continues as a balustrade decorated with stone vases and statues representing the four seasons. 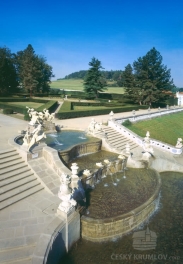 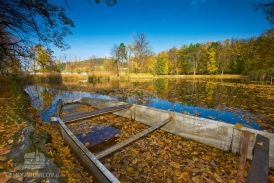 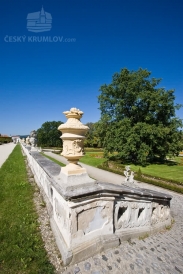 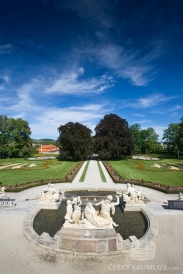 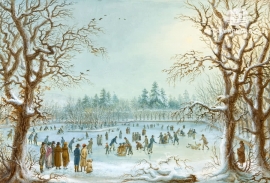 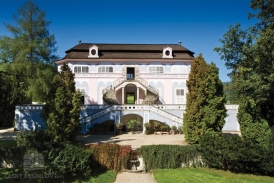 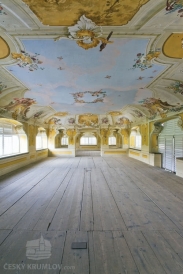 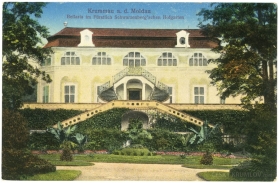 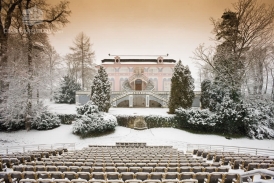 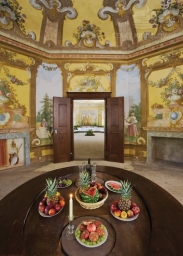 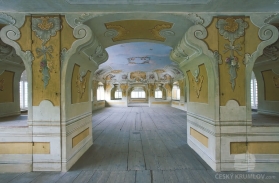 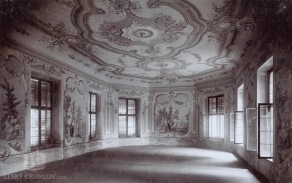 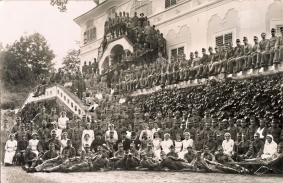 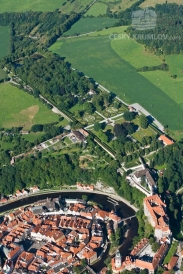 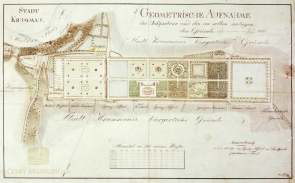 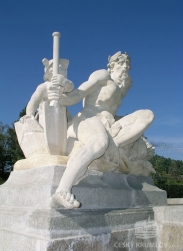 A gem of architecture is the Bellaria summer palace in the castle garden, which was finished in 1757. The Rococo architecture was probably designed by Andrea Altomonte and the lovely paintings of the interiors are the work of F.J. Prokyš. The summer palace is equipped with a “magic table“, the board of which was lifted, together with the food, by a remarkable mechanism from the underground floor kitchen to the upper parlour, the room of entertainment for the gentlefolk. In the underground of the building, a grotto with stucco decorations and wall paintings has been preserved.

At present, the building of the Bellaria summer palace is part of an open-air amphitheatre with a revolving auditorium, the construction of which was based on the design by Joan Brehms and gradually remodelled to its present appearance. Over the past few years, there has been a hot debate raging about the suitability of this stage in the castle garden. The supporting opinion emphasises the unique atmosphere of performances in the castle garden at night, while the opposing opinion points out, among other things, the problematic aesthetic qualities of the auditorium and its unsuitable placement in the central axis of the garden.

Near the Bellaria summer palace a wooden summer-house from 1752 is found and is decorated with allegorical wall paintings depicting the four seasons, by F.J. Prokyš.