The building was constructed in the early Baroque style on the site of six medieval houses in the years 1650 - 1652 to serve for the purposes of the Jesuit Seminary. It was remodelled around 1750. After the Jesuit Order was abolished in 1773 the building continued serving for school purposes, and after 1950 museum collections documenting the development of the district from prehistory to the 20th century, were deposited there. 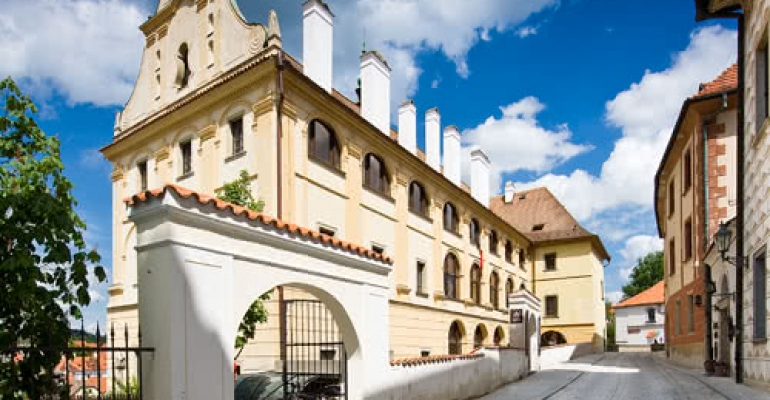 The Museum collections also include a completely preserved Baroque pharmacy, originally kept in the Jesuit College in Český Krumlov. The equipment of the pharmacy, which was made in the course of the 17th and 18th centuries, consists of lavishly engraved shelves with paintings of St. John of Nepomuk and St. Panteleon, a statue of the Virgin Mary and a collection of 200 vessels and apothecary’s tools.