In 1520 the Rosenberg Chancellor Václav of Rovné had this house built for the needs of chaplains from St. Vitus’ Church. 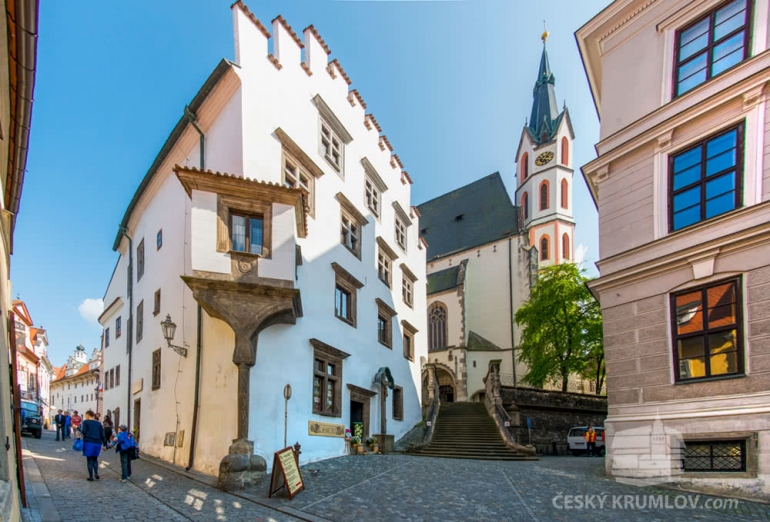 The Chaplain’s House (Kaplanka) is built in the late Gothic style with early Renaissance elements in the way the window and door flanning is shaped. The typical trait of this building is a tall gable with a battlement. It is, however, good to know that the original gable of an identical shape was not preserved, and that the present-day battlement is the result of a successful reconstruction from 1980, made according to historical pictures. 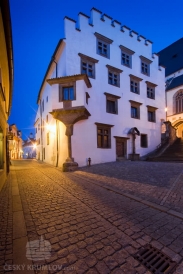 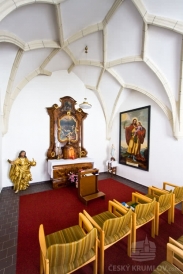 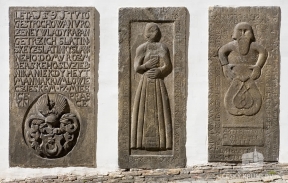 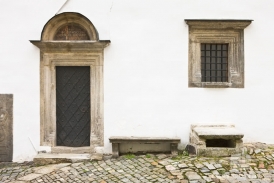 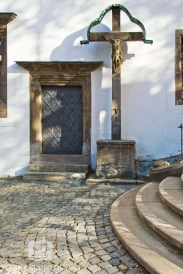 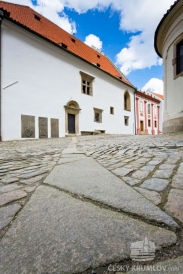 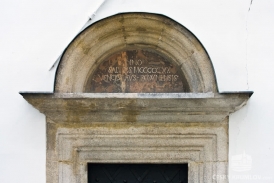 Another remarkable thing is also a corner oriel on a bent pillar. There are rooms with original stone portals and ribbed vaults preserved in the interior of the building. There are three tombstones attached to the wall of Chaplain’s house towards the church. They come from the abolished churchyard. The tombstone on the left from 1591 is in commemoration of the Krumlov governor Jetřich Slatinský, and the tombstones placed next to it belong to Matěj Plank, a member of the town council, and his daughter Agnes, both of whom lived in House No. 15 in the main square in the second half of the 16th century.